Unowhatimeanharry enhanced his claims for the World Hurdle at the 2017 Cheltenham Festival following his victory in the JLT Long Walk Hurdle, where he extended his run of wins to seven at Ascot.

“Ascot grandstand and paddock” (CC BY 2.0) by monkeywing

Harry Fry’s hurdler, as highlighted in Oddschecker’s Saturday tipping page, scored by over four lengths ahead of Lil Rockerfeller and Un Temps Pour Tout. The eight-year-old was going stride for stride with Ballyoptic approaching the last but the latter made an error and came down, leaving Unowhatimeanharry to stride up to the line unchallenged at Ascot.

The win is the gelding’s second success of the season. He made his seasonal reappearance at Newbury in the Grade Two Long Distance Hurdle where he scored by six lengths in an impressive performance on soft ground at the Berkshire track. On that occasion, he had Ballyoptic and Menorah behind him.

Fry, who is increasingly growing his reputation as one of the best young national hunt trainers in the UK, does not have too many horses but he could be set for more Cheltenham Festival glory in March with this long-distance hurdler.

Unowhatimeanharry should be backed at 2/1 to win the World Hurdle in March. The opposition to Fry’s runner is not entirely obvious at this stage as Faugheen, Annie Power, Thistlecrack and Vroum Vroum Mag all have entries in the Championship race but could end up with different targets come the Festival.

Faugheen and Annie Power are likely to be campaigned for the Champion Hurdle over two miles given they are the last two winners of the race. They have yet to see a racecourse this season though due to setbacks, and they are also both owned by Rich Ricci – who tends to separate his horses from running against each other.

Thistlecrack is set to run in either the King George VI Chase or the Kauto Star Novices’ Chase on Boxing Day and if all goes well he will head for the Cheltenham Gold Cup, while Vroum Vroum Mag is most likely going to run in the Mares’ Hurdle, the race she won by just short of three lengths earlier in the year. 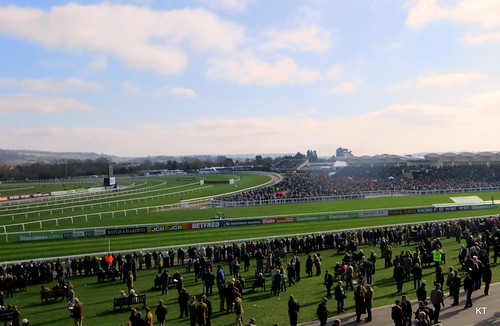 If he is successful at the Cheltenham Festival in March, it will be Unowhatimeanharry’s second consecutive win at the meeting. In 2016 he landed the Grade One Albert Bartlett Novices’ Hurdle when going off at 11/1 in the betting under the hands of Noel Fehily. He was held up in the rear of that contest in the early stages and steadily made progress through the course of the race. He hung right up the hill at Prestbury Park where he got up in front, just over a length ahead of Fagan and Champers on Ice who was a further length back.

The eight-year-old is likely to feature next at Cheltenham in the Cleeve Hurdle in January before his bid in the World Hurdle. If successful at Prestbury Park, he could end up going off odds-on for the 3m Festival contest, therefore, punters would be smart to snap up the 2/1 before his next run.

If you are looking for an each-way selection in the World Hurdle next year at a big price, you can do no worse than Apple’s Jade at 14/1. Gordon Elliott’s filly was very game on her last start of 2m4f, where she held off the challenge of Vroum Vroum Mag in the closing stages of the Grade One Hatton’s Grace Hurdle.

Apple’s Jade first made a name for herself in the UK when she finished second at the Cheltenham Festival back in March in the Triumph Hurdle behind Ivanovich Gorbatov. She then reversed the form with Aidan O’Brien’s runner on her next start at Aintree a month later. The four-year-old won by 41 lengths in one of the most impressive Grade One victories anywhere last season.

Elliott’s hurdler was less than impressive in her seasonal reappearance last month at Down Royal where she went off in the betting at 1/2 for the Grade One WKD Hurdle but could only finish second behind Rashaan.

Apple’s Jade looked a much fitter horse next time out at Newcastle in the Fighting Fifth Hurdle. She was denied by a nose in a respectable run at the northern track on soft ground where she had Sceau Royal in behind her. If the race was over 100 yards more, she would probably have beaten Irving.

However, it was her run at Fairyhouse last time out that should really give you encouragement that she could be competitive in the World Hurdle. She looked to appreciate the step up in trip. Her next assignment will give you a big clue about her Festival plans in 2017. At 14/1 in the betting for the stayers’ race, she looks to be a price and is worth an each-way play in the ante-post market.

-Check These Sites Out-

For comprehensive horse and race track updates, pay horses and courses a visit

Betting on favourites ? Then let favourites.net give you a helping hand with horse racing and football betting tips

You’re on Multiples, so you’re clearly a big fan of accumulator bets. Check out our accumulator win news, explanations, the media!

Mull It Over – Personal Punting and Sports Discussion

WackyRaces.Net – A look at the zany side of horse racing